A downloadable game for Windows and macOS

A twin-stick shooter where your music is your weapon. Whichever track you choose will power your engines and your lasers, but beware: your enemies are also driven by the music:

Soundsaber comes with a dozen sample tracks by artists like 0edit, Aaron Static, Blissbox and Jim Guthrie to get you started, but you can use any audio file on your hard drive to generate a Soundsaber level.

Soundsaber is compatible with 360 controllers but can equally be played with a mouse and keyboard. The controls are very simple: on a 360 controller, one stick aims while the other moves. On a keyboard, you can move using WASD or the arrow keys and use the mouse to aim (Spacebar pauses the game). No button presses are required: your weapons shoot automatically based on the music.

Soundsaber's difficulty dynamically adapts to your skill level. Getting hit will lower your Groove meter, which in turns lowers the difficulty but also lowers your potential score as well as your final rank.

Thanks to this dynamic difficulty system, Soundsaber is supremely accessible and can be enjoyed by players of any skill level. Achieving perfect scores on a difficult song is a feat worthy of the most dedicated hardcore gamer, but the same song can be equally enjoyed by someone playing for the first time. You will never die and have to start over: nothing comes between you and enjoying your music.

You earn points by collecting Motes of Sound dropped by defeated enemies. Each song keeps its own local high score table. Identical songs will always generate the same gameplay, so you can play the same song over and over to try and improve your score or beat your friends.

Different songs will generate different gameplay. Try a variety of tracks and see what comes out, you may find there are some surprises in store for you...

Soundsaber is currently available on both Windows PCs and OSX.

Will it support a midi sequence file? Its okay if it doesn't 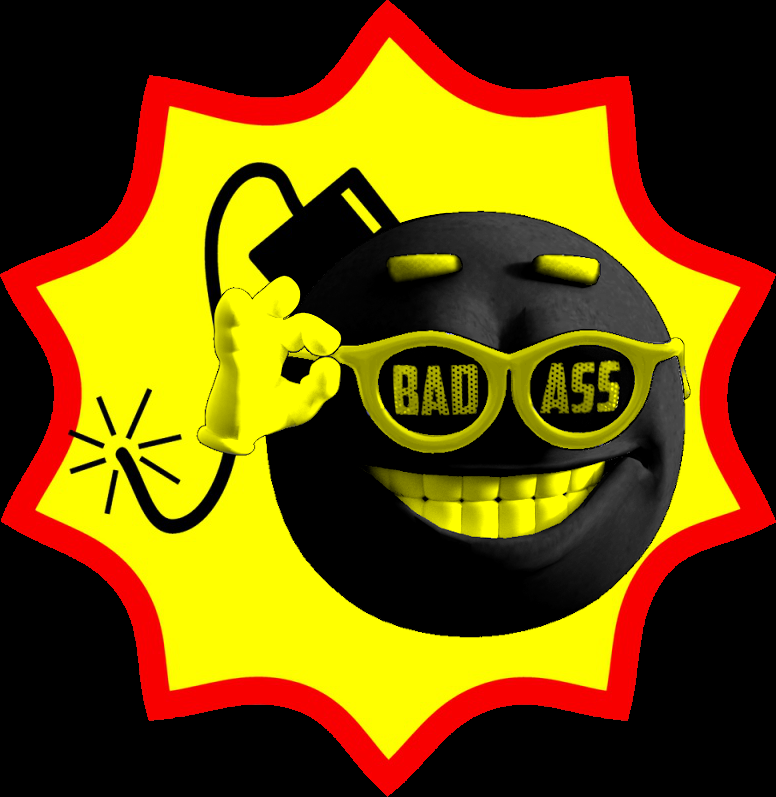 This is a great game, but here are some ways the developers can make it even better :

This is indeed one of the best games with own music I've played. Level generation itself is great, and the idea of creating soundspaces is also very enjoyable. It can also handle soundscapes of huge music libraries with thousands of tracks reallly well. It is a great game, and I am surprised they abaddoned this project and didn't release it on steam.

Here are the flaws:

Thank you for the kind words <3

Can i help develop the game somehow?

it wont let me play music, it says theres no music and i dont know how to fix it please help also im on mac

Hey, this is the first itch.io game I've ever played, but its not the first Bullet hell or twin stick shooter game I've played, BUT I think its amazing, I love the idea, I have a few ideas I want to share on the further development of the game, is there a discord server or twitter or email I can chat with you on?

Feel free to reach out to me at brochumartin@gmail.com. However, I'm not currently developing this game anymore.

Are you continuing development on this?

Unfortunately no, I'm not developing this game anymore, hence why I made it free.

Thats very unfortunate. This is a really cool game.

also you may want to update its status.

One of the best music based games I've played in a while. The only complaint I have is with the menus. They could use some more graphical flair and I'd like to use a controller with them.

I love how well this game coordinates enemy activity to the music.

Mii Channel music is intimidating. Ambient music is intense. I need a proper Lemongrab Sound Sword song to play with this.

Great concept, but the difficulty is very weird x)

This may be the first game I've played to actually sync up to the music I put into it with some degree of accuracy.

How do you play your own song? I can't seem to get mine to play.

Very fun game! I love the style, although I should say that the background of the game leaves a tad bit to be desired. My suggestion is that you have it resemble a grid like background, or something that pays homage to Outrun, Geometry Wars, or  Astroids. I'm going to keep playing this game as long as I have music. Just please do another update soon! (Or better yet, NOW. Lol.)

So far this is the best music generated twin stick game. I have only played a few others and some of them were good, but they were too flashy and made me feel a bit sick. This game has a good amount of visiual style without causing problems for me. The action seems more acurate to the music being played than the other games I've played too. I LOVE music and have a lot of different styles. Thanks for making this game! 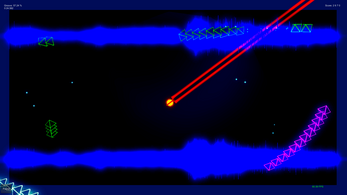 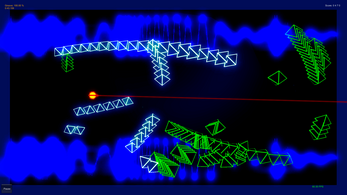 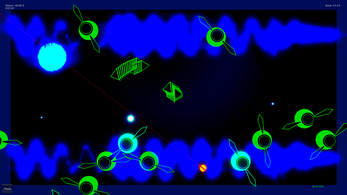 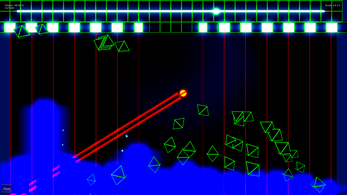 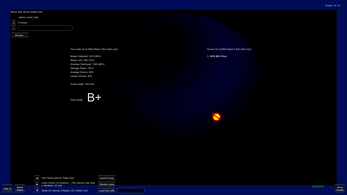